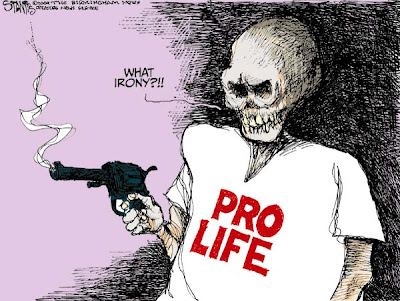 Members of the Religious Coalition for Reproductive Choice will hold a news conference calling on the Senate to alter language in the House bill that places explicit restrictions on federal funding for abortion.

“Our health care system should be inclusive and respectful of diverse religious beliefs and decisions regarding childbearing,” the group said in a statement. “A health care system that serves all persons with dignity and equality will include comprehensive reproductive health services…”

The U.S. Conference of Catholic Bishops pushed successfully to amend the House bill to prohibit abortion coverage in a government-run health insurance plan, as well as in private plans that accept anyone using government subsidies to buy insurance coverage.

“Health care reform must not be misused as an opportunity to restrict women’s access to reproductive health services,” 90 House Democrats opposed to the amended abortion language wrote in a letter to President Obama last week.

Anti-abortion Senate Democrats say they will seek strict funding restrictions for abortion when the Senate debates its own version of the bill in coming weeks.

These single-issue Senators are the sort who really don’t care about passage of healthcare reform under any circumstances. Presented with an opportunity to play kissy-kissy with reactionaries who hate the idea of women making choices about their own reproduction – and prove their worth to the lobbyist bankroll for insurance and hospital corporations – these clowns are so excited they can hardly keep from messing their drawers.

That American voters in general have always been pro-choice doesn’t matter much to politicians who would rather follow the money – than lead the electorate.