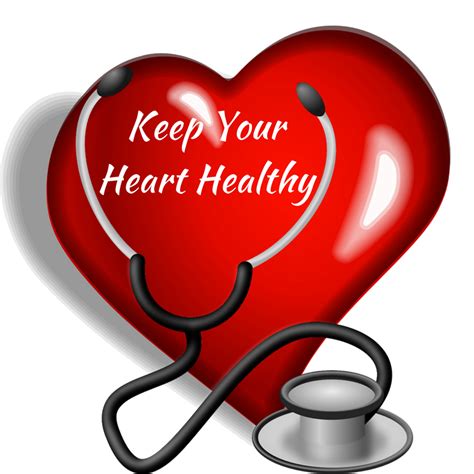 “In the past five years we have seen a reversal of a nearly half-century decline in heart disease and stroke, which was a major burden in the 1950s, but began to steadily decline until about 2015,” says Dr. Quinn Pack.

Your lifestyle, age, family history, and pre-existing health conditions can increase your risk for heart disease. Nearly half of all Americans have at least 1 of 3 key risk factors for heart disease: high blood pressure, high cholesterol, and smoking…

While some risk factors for heart disease cannot be controlled, such as your age or family history, other factors can be managed to lessen your chances of developing heart disease…

So, where should you start? Quit Smoking!

“Smoking cessation may be hard, but is a more satisfying risk factor to treat because once you stop, unless you relapse, then that’s it – you’re done. That’s different than diet and physical activity which require effort every day of your life,” says Dr. Pack…

If you’re concerned about your health, talk to your primary care physician. You’ll get details, added knowledge and experience with your personal background to aid in developing, regaining, a healthier lifestyle.

Personally, I consider smoking the strongest death wish for our species. That’s just me. I was smoking over 2 packs a day when I quit…63 years ago. Doubt I would have lasted as long as I have otherwise.

Most of my life, enjoying outdoor sports, recreation, activities in general outdoors…if I injured a foot, bent a toe or two, everything generally healed up and any pain vanished within a few days. Especially, if we’re talking about comparatively superficial injuries. Nothing involving bones or tendons.

After 4 or 5 days resting up the toes on my left foot – injured via my lifetime walking style which means “press on regardless” – I headed out, this morning, and realized almost immediately that I wasn’t sufficiently healed to do laps…or even “a lap”. Turning around and headed back and here I am – whining about it.

…and check back in the morning!

Despite massive and systemic problems with for-profit Medicare plans denying care to seniors while costing the government more than $7 billionannually in excess fees, the leading advocacy group tasked with protecting older Americans is welcoming the privatization of the national health insurance program — while earning as much as $814 million annually from insurers advertising the plans.

The state of affairs lays bare a conflict inside AARP, the major advocacy organization for Americans 50 and older, over how to approach the regulation of Medicare Advantage, the for-profit version of Medicare.

On one hand, AARP, formerly known as the American Association of Retired Persons, collects enormous amounts of revenue from Medicare Advantage insurers to supplement huge executive salaries (the nonprofit’s CEO made $1.3 million in 2020). On the other hand, the organization is expected to advocate for the best interests of their 38 million members — and the 28.4 million Americans now covered by Medicare Advantage plans, or nearly half of all Medicare beneficiaries.

“The AARP makes money through its own Medicare Advantage plans,” said Don Berwick, an administrator of Centers for Medicare and Medicaid Services (CMS) in the Obama administration who has emerged as a prominent critic of the program. “It would be understandable that it would try to protect one of its major income sources.”

AARP had a chance to call out problems with Medicare Advantage denying care to patients — arguably the most important issue facing its members enrolled in Medicare Advantage — when CMS, the federal agency that oversees Medicare, released a request for comments about the program at the beginning of August. But in its resulting August 30 letter, AARP hardly touched on care denials, instead recommending modest increases in transparency on issues like racial equity and telehealth funding — while championing the expansion of the privatized insurance program.

This is a worthwhile piece of criticism. It points out the contradictions that lead inevitably to AARP choosing profit over service at every opportunity. Here’s the link to the complete article.

There’s a reason for that. I’ll bet you can guess!

COVID-19 is killing more Republicans than Democrats, according to a new study from the National Bureau of Economic Research. The study…used voter registration and death records to answer a question: is there a link between political affiliation and rates of COVID related death in the U.S.?

The short answer is yes. “In 2018 and the early parts of 2020, excess death rates for Republicans and Democrats are similar, and centered around zero,” the study said. “Both groups experienced a similar large spike in excess deaths in the winter of 2020-2021. However, in the summer of 2021—after vaccines were widely available—the Republican excess death rate rose to nearly double that of Democrats, and this gap widened further in the winter of 2021.”

The study attributes this to the vaccine uptake disparity between Republicans and Democrats, which has been widely documented as more Republicans refused to take the vaccine; the most vocal anti-vax voices were Republican politicians and some conservative news outlets…

Sometimes you get what you deserve. Especially when good sense and an understanding of medical science are both rejected.

Beginning in 2023, we won’t have Dr. Anthony Fauci to kick around any more. After 54 years in government service, the director of the US National Institute of Allergy and Infectious Diseases, as well as the White House’s chief medical advisor, is leaving his jobs—don’t say “retiring”—and, at 82, is headed to his next adventure.

It’s hard to imagine anything more adventurous than what he has been through in the past three pandemic years. The country—well, most of it—sympathized with his anguish as he tried to decode the ever-shifting challenges of Covid while his former White House boss, at various times, named the infection with a racial slur, claimed it was no worse than flu (it’s killed a million people in the US alone so far), and suggested it might be treated with a good injection of bleach. Fauci’s role as the highly qualified, avuncular explainer-in-chief heading a critical research lab won him many fans, but as the pandemic progressed, it also made him a target for those who sniffed conspiracy or simply got sick of following guidelines that might save their lives.

Anthony Fauci: It looks like it’s going in that direction. They went from a fraction of a fraction, to a few, to now double digits. I do expect that, as we’ve seen in other countries, those variants will likely play a role. But they’re not the only ones. You know, there’s BA4.6, BF.7. And then there’s the others that aren’t even here yet that are lingering in other countries.

Federal agencies and their allies are reinforcing the fight against the scary and, yes, tricky disease that’s been wiping out bat populations…All told, FWS will provide $1.5 million in this newest round of grant funding, which comes at a seemingly propitious time…

Caused by a soil-based fungus named Pseudogymnoascus destructans, white-nose syndrome was discovered in New York in the winter of 2006-2007. Since then, it’s been responsible for the deaths of millions of bats (Greenwire, July 17, 2017).

The fungus invades the skin of bats. Infection leads to bats waking up more — and for longer periods of time — during hibernation and eventual depletion of the fat reserves they need to survive winter.

One of my favorite species. Bats provide a helluva lot more good than bad…to our whole environment. The sort of beneficial research nature can always use.

For many viruses, including the coronavirus that causes COVID-19, the “mindless killer” moniker is essentially true. However, there’s more to virus biology than meets the eye.

A suitable illustration is HIV, the virus that causes AIDS. HIV is a retrovirus that does not immediately go on a killing spree when it enters a cell. Instead, it integrates itself into your chromosomes and chills, waiting for the proper opportunity to command the cell to make copies of it and burst out to infect other immune cells and eventually cause AIDS…

The best-studied phage, lambda, works a bit like HIV. Upon entering the bacterial cell, lambda decides whether to replicate and kill the cell outright, like most viruses do, or to integrate itself into the cell’s chromosome, as HIV does. If the latter, lambda harmlessly replicates with its host each time the bacteria divides…

However, like HIV, lambda is not just sitting idle. It uses a special protein called CI like a stethoscope to listen for signs of DNA damage within the bacterial cell. If the bacterium’s DNA gets compromised, that’s bad news for the lambda phage nested within it. Damaged DNA leads straight to evolution’s landfill because it’s useless for the phage that needs it to reproduce. So lambda turns on its replication genes, makes copies of itself, and bursts out of the cell to look for other undamaged cells to infect.

Scary stuff; but, interesting and perhaps even necessary information. If you’re serious about living a healthy life, there is always a need for more info about both the good guys and bad guys that live within your body.

Sayin’ it don’t make it so!