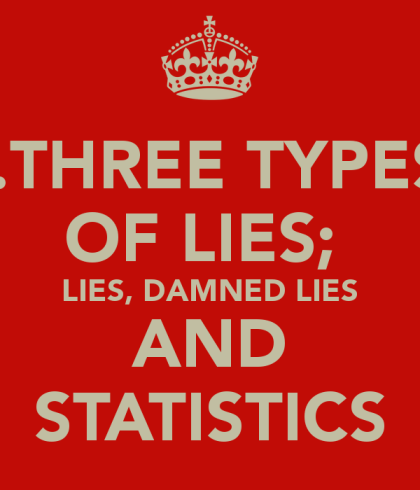 Garbage In = Garbage Out

” Let’s get this out of the way upfront: Retail sales were not up 16% during the holiday weekend. Nor were they up 14% on Nov. 29, Black Friday.

” That we even have to state this tells us a lot about how easy it is to fool people into believing things that are not true. It is also revealing about the state of economics reporting, the effectiveness of fake news and the sheer gullibility of too many journalists…

For at least the past 15 years, the National Retail Federation has been misleading America with a series of reports on holiday shopping. Your humble Grinch takes it upon himself to point out this annual exercise in erroneous claims…

” What’s wrong with those numbers? They are based on sentiment surveys, not real spending…Because the advance monthly retail report for November won’t be released until Dec. 13, we have no idea yet how much shoppers spent during the latest holiday weekend. Since the NRF is likely to issue more Panglossian reports between now and the end of the month, keep in mind that the December retail sales data won’t come out until Jan 16.

” But this too is simply a guess. Asking people how much they spent last year (who can remember?) and how much they intend to spend this year (who really knows in advance?) gives you very little insight into their actual spending. Indeed, based on the track record of this methodology, the odds greatly favor this forecast being wrong.

RTFA. Barry Ritholtz earns a living providing accurate information and advice to investors. Retail sales are just one area of his expertise. But, crappola from business associations offered up as accurate when they are nothing more than foofaraw preamble for a sales pitch ain’t worth the electrons printing them on the screen of your computing device. Big or small, the hustle remains nothing more than a pitch for your wallet.