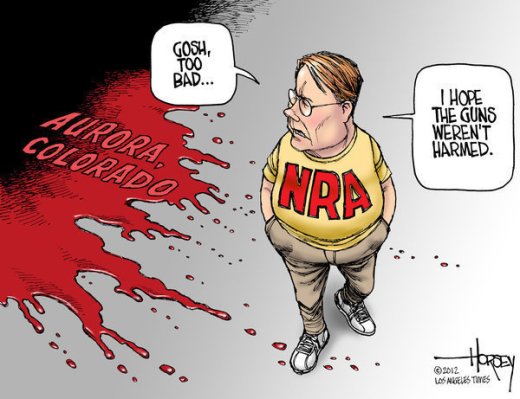 Horsey’s great. This from 2012 — moved north to Seattle Times, since

The National Rifle Association’s bankruptcy filing was rejected by a Texas judge, leaving it vulnerable to a New York attorney general who is seeking to dissolve the powerful gun group.

After a weekslong trial, U.S. Bankruptcy Judge Harlin “Cooter” Hale on Tuesday dismissed the Chapter 11 case and halted a proposal to reincorporate the New York-based association in Texas. New York officials claimed the filing was a bad-faith effort to use the protections of bankruptcy to avoid its lawsuit.

The decision means that New York Attorney General Letitia James should have an easier time seizing the NRA’s assets if she wins her court case. James claims that NRA head Wayne LaPierre and others so badly mismanaged the group that it should be shut down.

The NRA’s case foundered in part because the gun lobby acknowledged that it wasn’t having financial difficulty. The judge wrote that he agreed with the New York attorney general that “the NRA is using this bankruptcy case to address a regulatory enforcement problem, not a financial one.”…

“Despite (their) personal attacks, this has nothing to do with the Second Amendment,” (AG James) said on a call with reporters. “This is about accountability.”

The right wing clown show the NRA has become is recent decades acts like they’re above the law under all circumstances. The suit by NY State is just one result of that behavior.