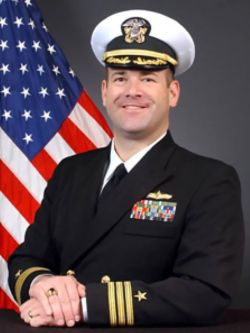 A US Navy Commander has pleaded guilty to receiving $250,000 in cash and prostitution services from a foreign defence contractor in exchange for state secrets.

Shedd is one of nine members of the Okinawa-based 7th US fleet indicted by a federal grand jury in March 2017 for their role in the scandal, and the third officer to plead guilty.

According to the Justice Department, Shedd and the other officers received “sex parties with prostitutes and luxurious dinner and travel” in exchange for military secrets and “substantial influence” for the Glenn Defense Marine Asia (GDMA) company, a Singapore-based firm founded by a Malaysian national, Leonard Glenn Francis.

Of course, if he wanted to go for the full Congressional Monte, he would have taken time to buy shares in the crooked company profiting from the bribes.